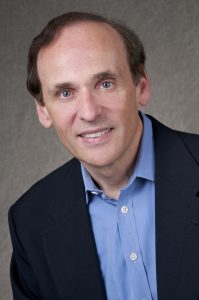 Dr. Kursh has been admitted by the Courts as an expert in numerous IP and contract dispute matters related to the technology and computer software industries, including SaaS, PaaS, and IaaS. His experience includes being deposed over fifty times, testifying before arbitration panels over ten times, and testifying in court in over twenty trials.

Dr. Kursh is an Adjunct faculty member at Vanderbilt University in the School of Engineering. Previously he was an Executive Professor at Northeastern University for over twenty years. While at Northeastern he conducted research, served in senior-level administration, and developed and taught graduate-level courses in the D’Amore-McKim School of Business (DMSB) and in the College of Engineering. He was recently named to the Inaugural Class of the IEEE Computer Society Distinguished Contributors.

He has also developed and taught courses at Harvard University, at the University of Pennsylvania, and at the MIT Enterprise Forum. Steve has been honored with multiple teaching awards and consistently high-teaching evaluations.

Dr. Kursh is a former Fulbright Scholar and the author of numerous articles, a book published by Financial Times Prentice-Hall, and many other publications used in business and engineering schools. He serves as a reviewer for AAAS (American Association for the Advancement of Science), IEEE (Institute of Electrical and Electronics Engineers), ABE (Academy for Business Education) and numerous academic and practitioner publications in business, technology, and finance. Steve is an inventor, angel investor, and owner of a patent.

Dr. Kursh is the author of over fifty articles covering business and/or technology issues. His recent publications include articles on artificial intelligence and machine learning; reasonable measures to protect trade secrets; and developing and deploying SaaS applications.

A successful entrepreneur, his experience includes founding, funding, and exiting technology companies, including one that was purchased by a publicly-traded company. He has served as a management consultant to companies, private equity firms, and government agencies.

Steve earned his A.B. at Boston College (where he graduated with Latin Honors and was awarded the Scholar of the College Distinction) and his Ph.D. at the University of Pennsylvania. Steve has earned the IEEE Computer Society Software Development Professional certification (CSDP) and the CLP designation (Certified Licensing Professional) from the Licensing Executives Society (LES).